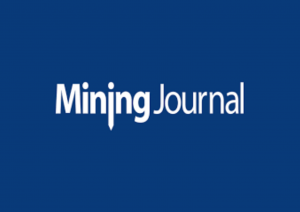 High commodity prices are masking deep-seated problems in the world’s big mining companies were a combination of cost inflation, supply-chain tightness, and shortages of everything is starting to bite.

Reports covering March quarter production, scheduled to start flowing this week, might throw fresh light on the size of the challenge confronting BHP, Rio Tinto and other leading miners which are currently enjoying strong investor support because of near-record prices for most of their output.

Copper, a metal produced by all of the big miners, is close to an all-time high at US$4.71 a pound, more than double the price of two years ago. Iron ore, despite a retreat from last year’s spectacular peak of $235 a tonne is still at an inflated and highly profitable $150/t.

Chinese demand, which has been the commodity sector driving force for the past 20 years, has been supercharged this year by the Ukraine war and sanctions on Russian raw material exports.

Less obvious than prices are the corrosive effects of sharply rising costs, topped by a remarkable shortage of labour, skilled and unskilled, in major mining centres such as Western Australia (WA) where BHP and Rio Tinto generate the lion’s share of their earnings in the State’s iron ore mines.

One recent analysis estimated that the WA mining industry is short 10,000 workers thanks to a combination of companies trying to boost production to catch high commodity prices at a time when the State is slowly emerging from a prolonged period of Covid-closed borders.

The net result is that one of the world’s leading suppliers of raw materials ranging from iron ore and nickel to lithium and alumina, has become a hothouse of soaring costs and cavalcade of failing businesses, especially in the commercial building sector.

Financial failure spill-over into mining has been limited, so far, with strong earnings supported by a wall of capital from investors keen to own a slice of the commodity boom, meaning that most cost problems are being washed away in a sea of cash.

But what should have investors on alert is the question of what happens when commodity prices retreat, which they always do after a boom with early warning signs obvious to anyone prepared to look.

Europe is the likely starting point for a contraction in demand as it tries of wean itself off a diet of Russian oil and gas by importing higher cost fuels. China is also facing a slowdown as it enforces ever-stricter Covid lockdowns, and the U.S. is edging closer to a recession as rising interest rates and high energy costs dampen demand.

Those worrying signs are emerging as the WA mining industry battles a 20% increase in the cost of labour, plus higher prices for the industry’s essential fuel, diesel, along with slow deliveries of construction material and chemicals used in mineral processing.

A survey of investment bank analysts reported last week by Australia’s national business newspaper, The Australian Financial Review, found that even with WA last month lifting its barrier to worker entry there had been a slow uptake.

Paul Young from Goldman Sachs said anecdotal evidence suggested the State was short 10,000 workers which had led to a 20% spike in labour costs while capital costs had risen by 10%, driven by higher prices for steel and concrete as well as the lack of construction and maintenance workers.

Kate McCutcheon from Citi said the labour shortage in WA was effecting everything from production through to timelines for new projects.

“Cost inflation at both the opex (operational) and capex (capital) is real,” McCutcheon said. “The opening of borders has not seen an influx of labour from the east coast as hoped.”

WA-focused Lithium producer Pilbara Minerals acknowledged last week that the Covid pandemic had taken a toll of March quarter production which was at the lower end of guidance.

UBS in a preview to this week’s quarterly production reports from the bigger miners said cost inflation, supply-chain tightness and capital expenditure were the key themes of the past three months with BHP and Fortescue Metals expected to report increased iron ore shipments while Rio Tinto has been struggling.

“We see a risk that Rio Tinto may have to trim 2022 guidance,” UBS said. “This would be the fourth consecutive year of volume disappointment for the company.

Missing a production target at a time of ultra-high prices is not a major problem for a big miner like Rio Tinto, but it could become one when prices peak, cost inflation becomes embedded in operational performance and profits suffer.