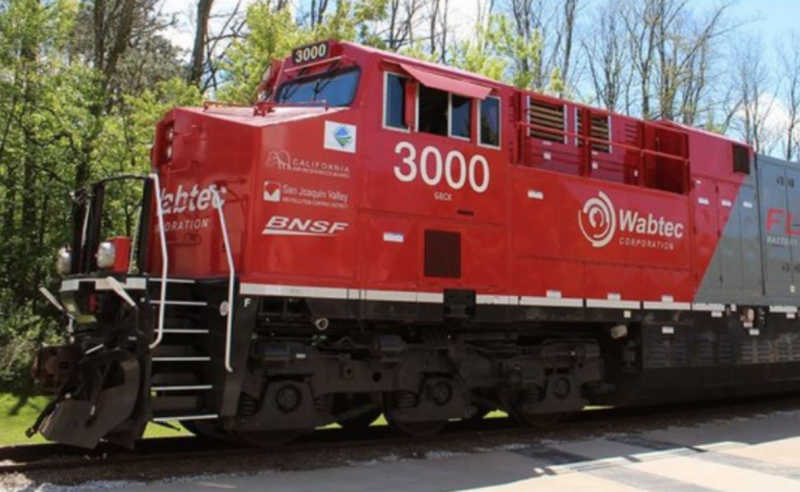 When paired with traditional diesel engines, the battery-powered train reduced fuel consumption by over 11 percent and led to an 11 percent reduction in carbon emissions. “Which is the equivalent of removing over 6,200 gallons of diesel fuel and slashing nearly 70 tons of carbon emissions,” said Rafael Santana, the president and CEO of Wabtec.

Wabtec showed off the new battery-electric locomotive at Carnegie Mellon University as part of a new venture between the two organizations to develop zero-emissions technology to help move the 1.7bn tons of goods that are shipped on American railroads each year.

The new train, known as the FLXdrive battery-electric locomotive, completed a successful trial run in California earlier this year, traveling for three months and 13,000 miles between Barstow and Stockton. The California pilot program was part of a $22.6 million grant from the California Air Resource Board awarded to Wabtec, BNSF, and the San Joaquin Valley Air Pollution Control District.
The 430,000-pound FLXdrive in the pilot boasts 18,000 lithium-ion battery cells. This locomotive has an energy capacity of 2.4-megawatt-hours. The battery locomotive was charged at the rail yard and recharged during the trip through regenerative braking, as shown in the above video.
The FLXdrive manages the overall train energy flow and distribution through its Trip Optimizer system, an intelligent cruise control system programmed through artificial intelligence to respond to every twist and grade of the track in the most energy-efficient way possible.
However, Wabtec doesn’t plan on stopping now, already in the works is a second-generation locomotive with a battery capacity of more than 6-megawatt hours – a level of energy that can reduce a locomotive consist’s fuel consumption and carbon emissions by up to 30 percent, even while hauling several thousand tons of freight in a mile-long train. 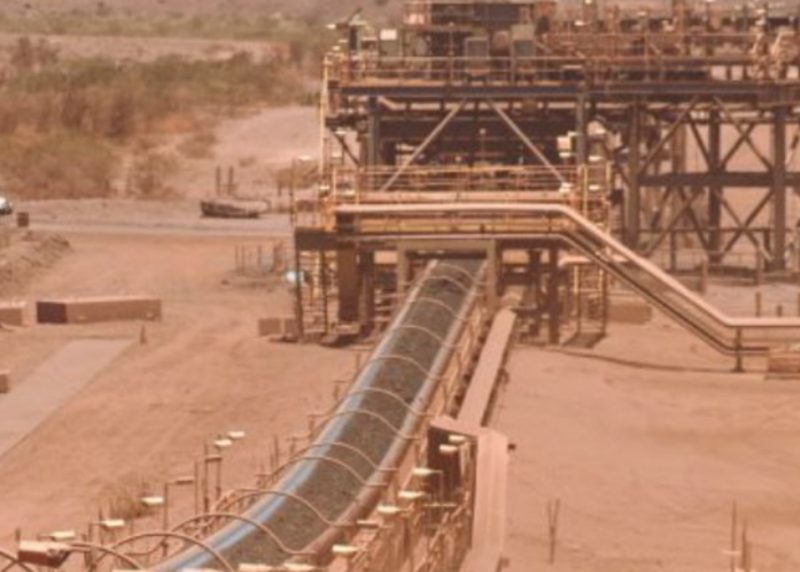 Roy Hill’s integrated operation in the Pilbara encompasses the entire supply chain from mine to port.

Australian mining company is the first buyer of FLXdrive locomotive

Australian mining company Roy Hill has become the first purchaser of Wabtec’s FLXdrive battery-electric locomotive, announcing the purchase the same day Wabtec unveiled the locomotive. Roy Hill will receive the second-generation version of the FLXdrive locomotive, currently under development for delivery in 2023, which will have an energy capacity of 7-megawatt hours.

According to Trains.com, Roy Hill operates a 344-kilometer (214-mile) iron ore mining railroad in Western Australia’s remote Pilbara region between its mine and port facilities at Port Hedlund, some 840 miles north of Perth.

“Our analysis with Wabtec confirms the FLXdrive locomotive is ideally suited for our rail network,” Simon Pascoe, general manager of Engineering for Roy Hill, said in a press release.

“It has the horsepower to operate in a heavy-haul train consist pulling loaded wagons with 35,000 ton of iron ore, while at the same time reducing the entire train’s fuel consumption. The FLXdrive also is designed to function in the extreme heat of the Pilbara region.” Temperatures in the region have been known to reach 120 degrees Fahrenheit.